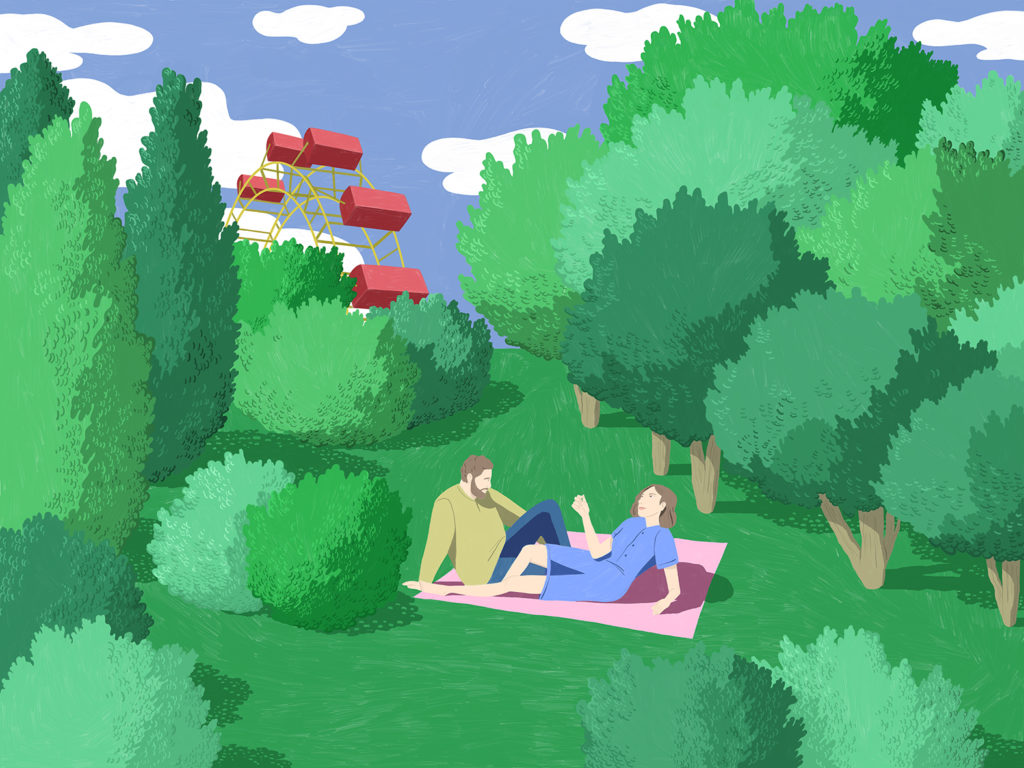 The Vienna Symphony Orchestra – Wiener Symphoniker in German – invites you to an open-air concert in front of the spectacular backdrop of the Wiener Riesenrad! The concert is the first so-called Prater Picnic and will take place on Friday, July 1, 2022. Up to around 5,000 visitors can join the concert and take a seat on their picnic blankets in front of the stage. So just pack everything you need for a cozy picnic evening and come by on time!

Under the musical direction of Dirk Kaftan, soprano Nikola Hillebrand and baritone Daniel Schmutzhard will sing a musical homage to Vienna and the Prater. Interpretations include Robert Stolz’ “Wien wird schön erst bei Nacht”, Millöcker’s “Ich schenk mein Herz” or Johann Strauss’ “Wiener Blut” and many more. With their choice of songs, the Wiener Symphoniker are breaking new ground at the Prater picnic.

The program, which ranges from operetta to pop, will also feature Richard Rogers’ waltz from “Carousel”, Max Steiner’s suite from “Casablanca” and a brilliant finale. In addition to Marco Michael Wanda, lead singer of the Austrian rock band Wanda, the two pop newcomers Lisa Pac and Allegra Tinnefeld will also be there.The latter will interpret their own songs on the Kaiserwiese – together with the Wiener Symphoniker and their fathers, who are musicians in the orchestra.

You can find details and background information about the Wiener Symphoniker at wienersymphoniker.at

For those who prefer to enjoy the concert sitting on the sofa, the Prater picnic will be broadcasted on ORF2 from 20:15.

The Prater picnic marks the beginning of the Kultursommer Wien’s third season. Kultursommer Wien will offer diverse program on ten open-air stages across Vienna from Thursday to Sunday from July 7th to August 14th. Around 2,000 artists from the fields of cabaret, literature, music, performance, dance, theatre, contemporary circus and object theater will perform on the stages. You can find locations and program at kultursommer.wien